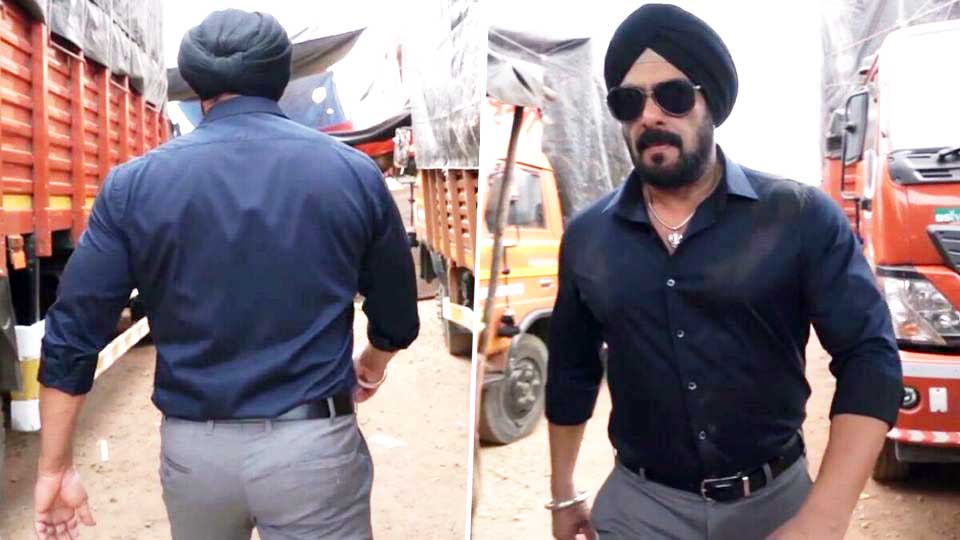 Salman Khan’s brother-in-law Ayush Sharma tweeted a video of Khan in a turban on Wednesday. Salman can be seen sporting a navy blue shirt with grey trousers, dark sunglasses, silver kada and a black turban.

According to reports, Antim also stars Ayush Sharma and is directed by Mahesh Manjrekar. A source from Mumbai Mirror reveals, “Salman plays a no-nonsense Sikh cop who is on a mission to end gang-wars and land mafia in his area of jurisdiction. After wrapping up his action thriller Radhe in October, in which he sports a clean shaven look, he took time off to grow a beard. There is high security on the sets to ensure that his look does not get leaked. Salman wants to take his fans by surprise.”

After the delay of Salman’s shoot for Kick 2 due to the pandemic, fans are excited and relieved to see this short teaser of his upcoming film and are eagerly waiting to welcome it in theatres soon.

Actress Anushka Merchande talks about achieving success at the age of…