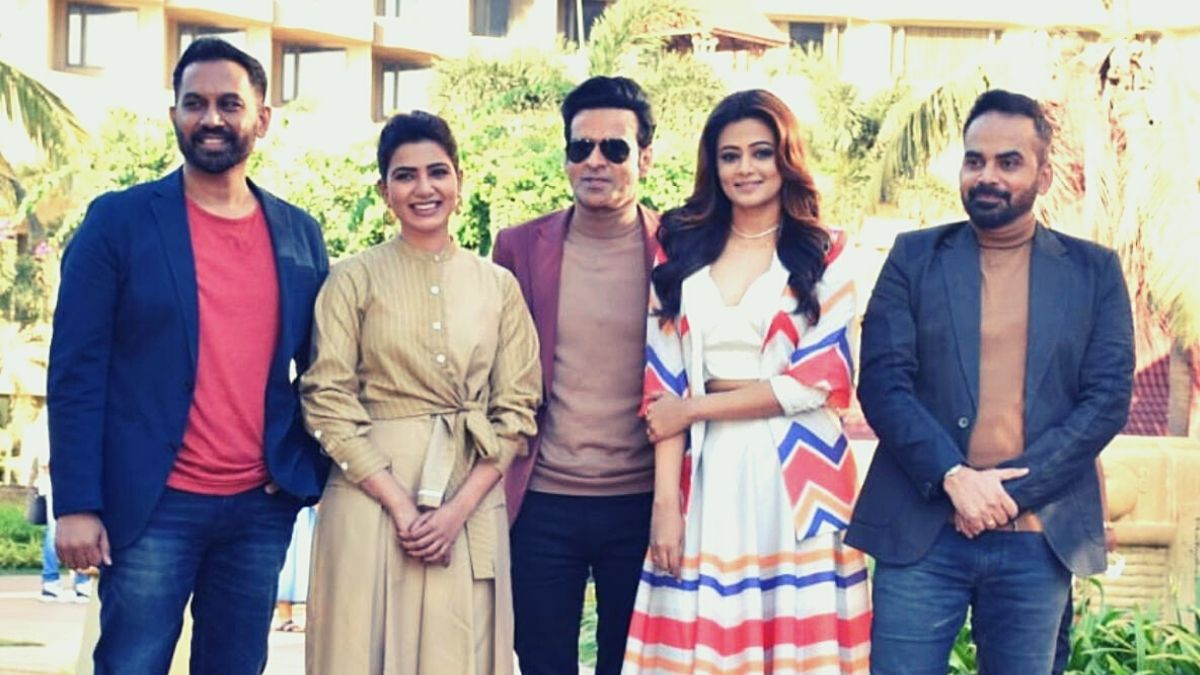 In 240 countries, millions of people seem to be waiting for one show, The Family Man.

Trending #1, 37 million views (and counting) on the trailer already, let’s wait on how many hearts are won after binge watching the show starring top star cast, Manoj Bajpayee and the most gorgeous Samantha Akkineni.

A historic worldwide appreciation has been received after amazon prime released the trailer of the show The Family Man. Since the release of its season 1 in 2019, the viewers have been excited for season 2 to stream. The creator duo- Raj & DK have played the game at their best, and are all set to wow the audience by their making. They reiterate their love and respect for all; promise well balanced portrayal of all parties concerned. Let us notice what the makers of this multilingual show have to say to us about the show.

As people in 240 countries are waiting for The Family Man, the makers of the show have to say that they have put all their heart into making it. Amid the global pandemic, the team have put years of work into developing the 9 episodes espionage drama series. In this season, the audience would see how Srikant Tiwari has stepped up his game and he faces intricate challenges. And how he plays his part from being a middle-class family husband and a father to being a spy for a fictional agency. One more interesting thing we will be watching Samantha Akkineni’s digital debut, as she essayed a brave role. The makers also specify that it is a Pan India show.

Talking about how this season is so special, the creators elaborated in a splendid way. Admiring how the lead cast Manoj Bajpayee immersed himself in the prep for the character, Srikant Tiwari. Also, Samantha took dialect refining classes, learnt martial arts and performed every stunt herself. The show represents the cultural diversity of India, and has brought North to South together. The makers have worked with subject matter experts and have tried to portray India’s richness in the story line. This season had its sets in 4 different locations, Mumbai, Tamil Nadu, London and France. The other cast and crew have also poured their heart into making this project big.

On whether the new season was more challenging than other projects for the makers. The creators say that they have surpassed their game in creation than before. They had already started working on the season 2 script, even before the release of season 1. Raj & DK have attempted to enhance the viewing experience for the audiences by making the scale bigger and stakes higher than before.

Along with the excitement, there have been sentiments of some people hurt because of the character, Raji. The creators clarify that the voices have been raised as per the assumptions from the trailer. While there are a lot of people in the cast & crew who are Tamil, they have immense respect and love for the culture. The duo requests everyone to watch as they have stayed true to their story line and believes this season would win lots of hearts.

“We know you’ll appreciate it once you watch it.” Raj & DK.

Bhumi Pednekar thanks Anushka Sharma for being a Climate Warrior